Long-term support for women on the move in Greece 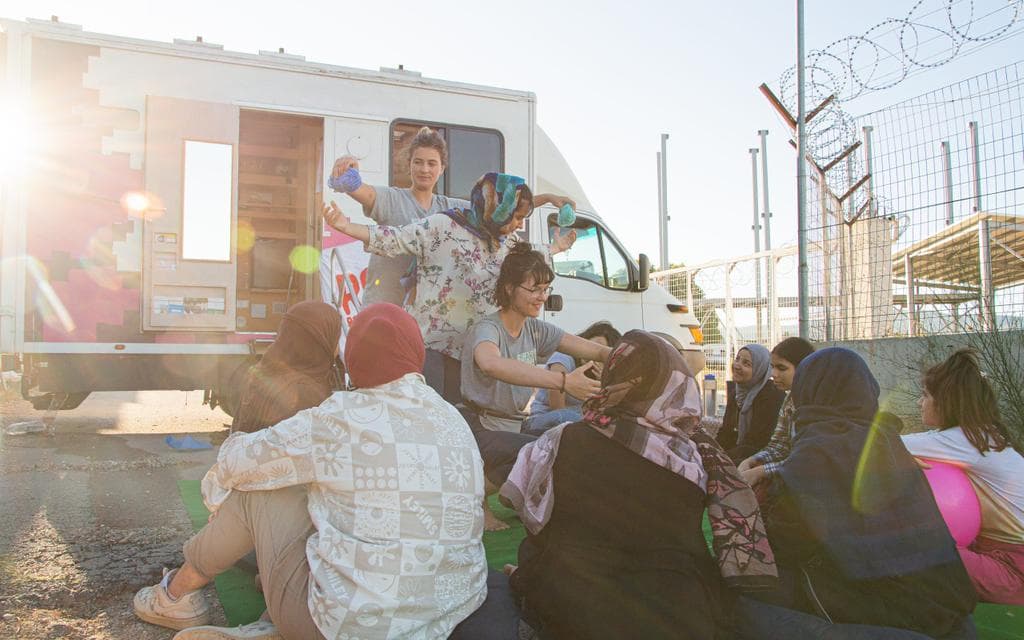 ROSA e.V. is a non-profit organization that uses a converted truck to provide a Safer Space for women on the move. Rosa describes itself as a political organization with an intersectional view of society; working with a queer-feminist and anti-racist consensus. Since March 2022, the team provides a mobile Safer Space next to three different camps on the greek mainland. Women can attend medical consultations held by a midwive and a doctor, join sports and craft workshops or take the space for themselves, enjoying tea and coffee with other women, e.g. The organization believes that Safer Spaces are a necessary support structure as long as there is gender and patriarchal violence. 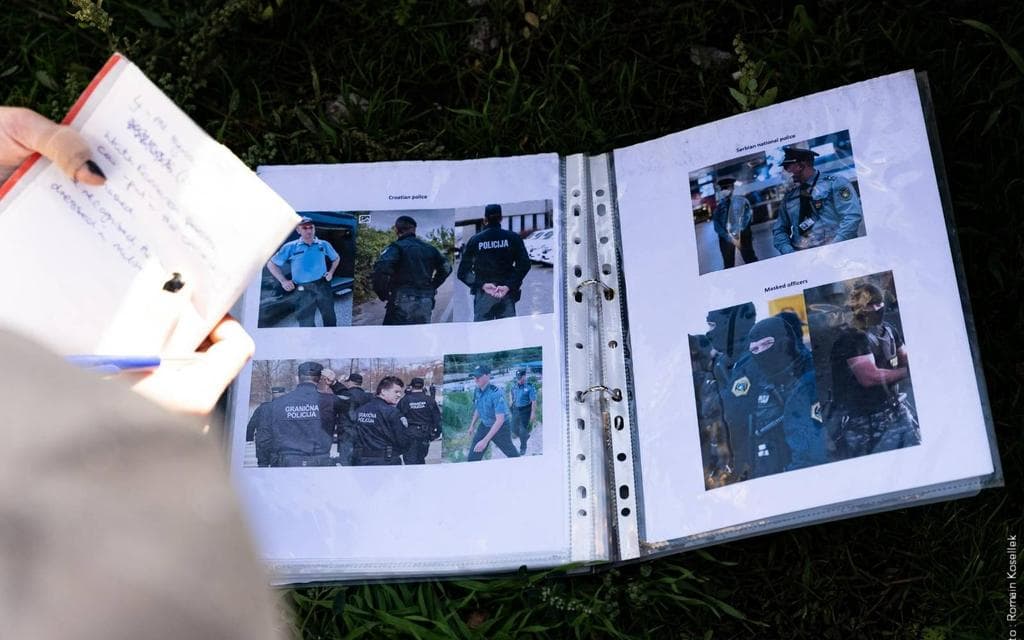 The Border Violence Monitoring Network (BVMN) is a collective of 15 grassroots NGOS based along the Balkan Route that work together to document pushbacks along European borders and bring these injustices to light through a multi-tiered advocacy strategy. By gathering testimonies of violent and often-illegal border practices perpetrated by national and international authorities, the network aims to shed light on the underreported consequences of the European border regime. Over the past 5 years, BVMN has collected testimonies affecting over 27.000 people and have used these testimonies to aid strategic litigations and advocate for fairer border practices at local, national, and international levels of government. Through this project the organization aims to bolster its understanding of border surveillance technologies currently deployed throughout the regions in which they work in order to better address the severity and extent of illegal border practices. 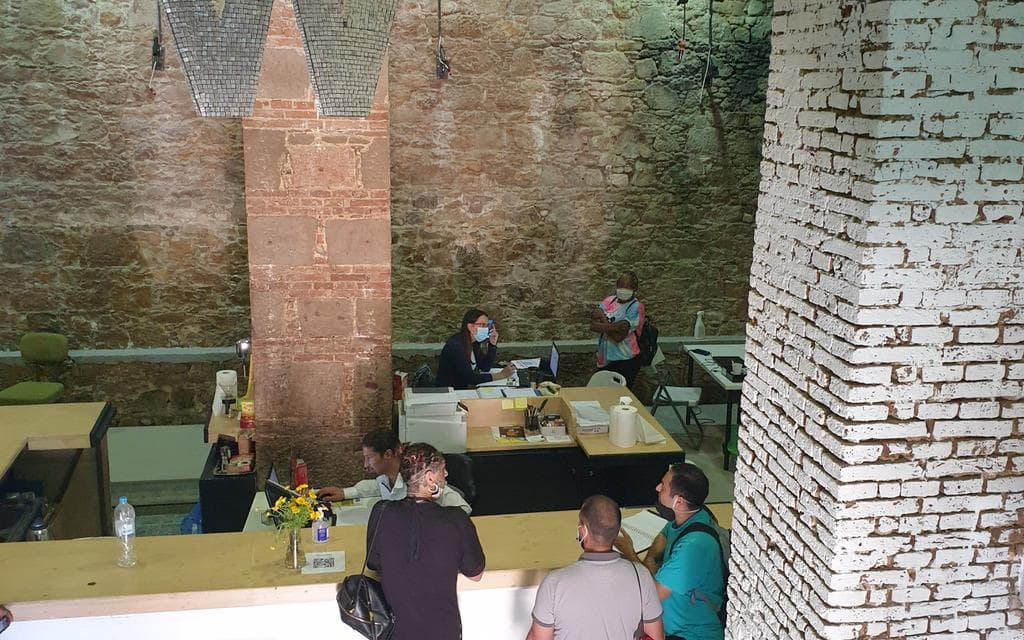 Welcome Officeis a space run by the organization Borderline Lesvos. The project is built on the premise that building an inclusive community of solidarity and dignity can be the only answer to the politics of the “fortress of Europe”. Which is also why Borderline Lesvos has been working since 2016 in the city center of Mytilini in order to build spaces within the local community and not next to them. The organization strongly opposes the camp politics to exclude people on the move from the middle of our societies. Borderline Lesvos' goal is to raise participation by people on the move in the humanitarian sector and increase their access to the local community (house, job, school etc.). 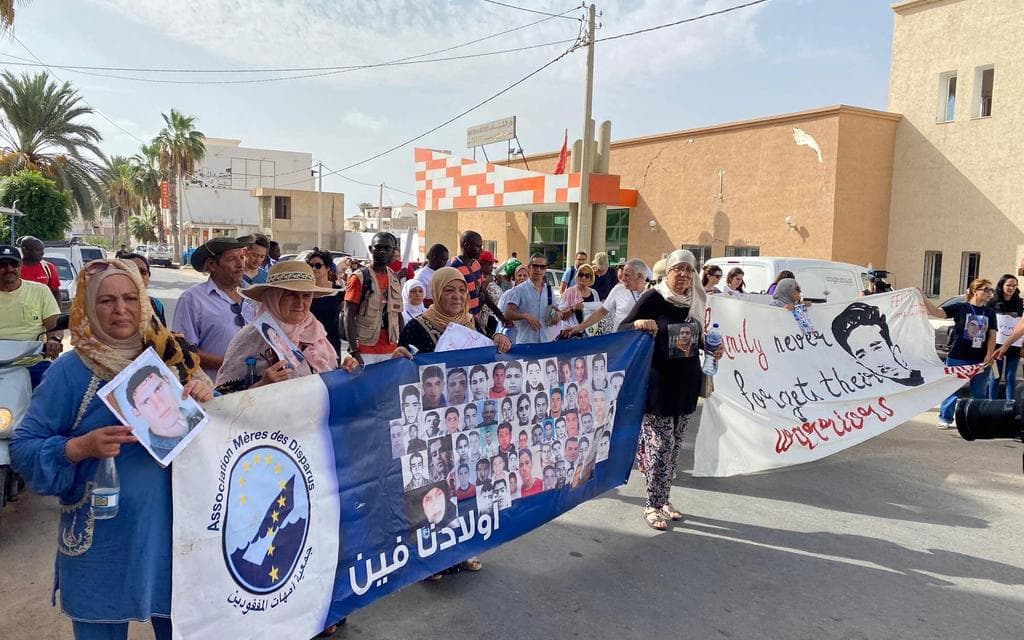 From the 3rd to the 6th of September 2022, in Zarzis, Tunisia, families coming from different African countries, Tunisian fishermen and activists from around Africa and Europe gathered to commemorate those who have lost their lives trying to reach Europe and remember those who were forced to disappear. Discussions and workshops took place to create a greater network to fight the current border regime, to denounce the racist policies of the EU and hold it accountable for the violence committed in the last 30 years. On the final day, the participants, fishermen, families and activists marched from the centre of Zarzis to the beach, ending at the port. The demonstation took place in reference to the shipwreck of the 6th of September 2012, when a boat carrying about 130 people from the region of Sfax sank in the vicinity of the Lampionne islet 19km from Lampedusa; only 56 people were rescued.

Under the Radar: Focus on Reception and Deportation 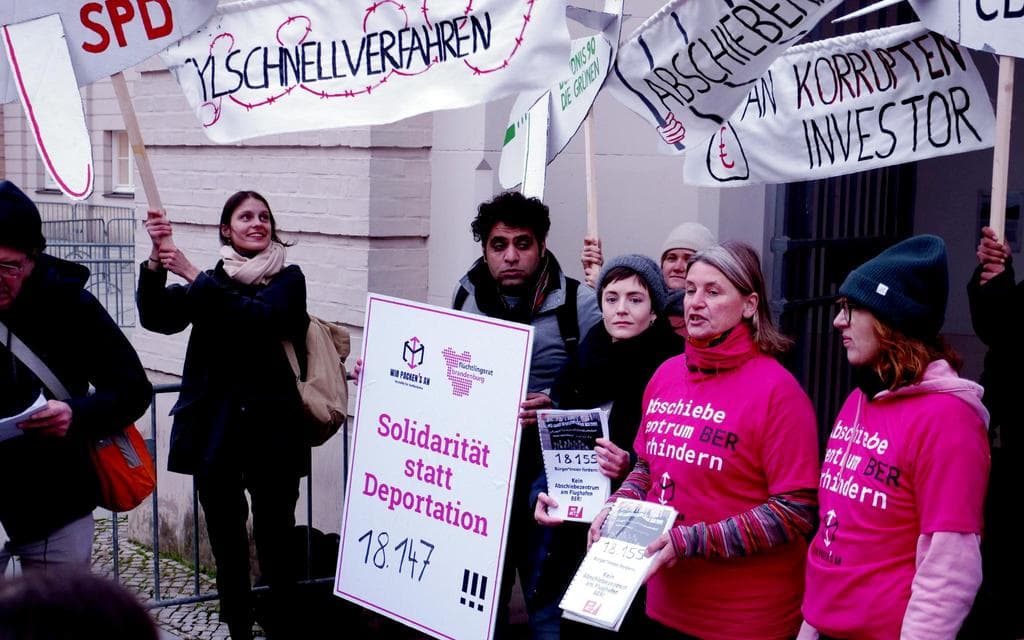 The project aims to sensitize a broad public to the criminalization and deprivation of rights of refugees through closely interlinked reception and deportation processes. Moreover, it seeks to make associated processes visible, which otherwise take place in secret, hidden from the public eye. Through research, information transfer, political intervention and lobbying, the project also aims to contribute to improving the situation of people on the move in these contexts. The reason for and framework of the project is the opening of the so-called “Ein- und Ausreisezentrums“ (entry and exit center) at Berlin Brandenburg Airport, which is planned for 2024. Even before its commissioning, it must be assumed that deportations will increase, a further disregard from human rights standards and from transparent processes in the context of reception and deportations. 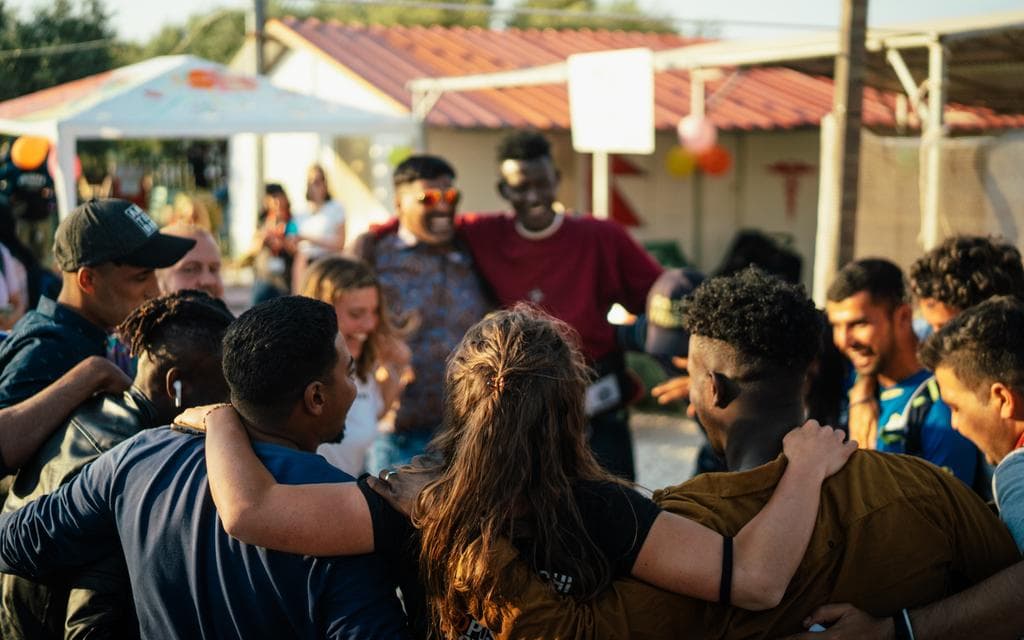 The Paréa Civic Action Center Lesvos provides a collaborative space for 12 partner organizations, as well as a welcoming environment for the residents of the camp 'Kara Tepe'. The center is a physical space for different activities, networking, and everyday life. Europe Cares e.V. has taken over the operations of the community center previously run by One Happy Family. The funds of the Safe Passage Foundation suport the general operation of the space. 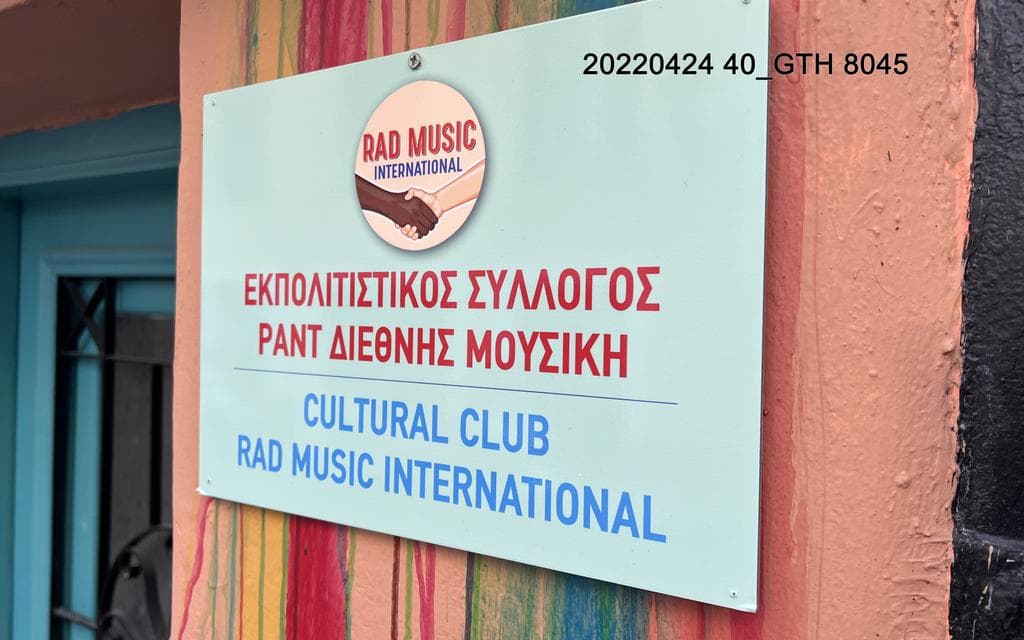 Rad Music International is a cultural club operating on Lesvos, Greece. The organization works together with people on the move, locals and international volunteers to provide intercultural activities, such as music and dance classes, educational programs, arts classes as well as workshops. The foundation supports Rad Music International in renting its own space and providing wages. 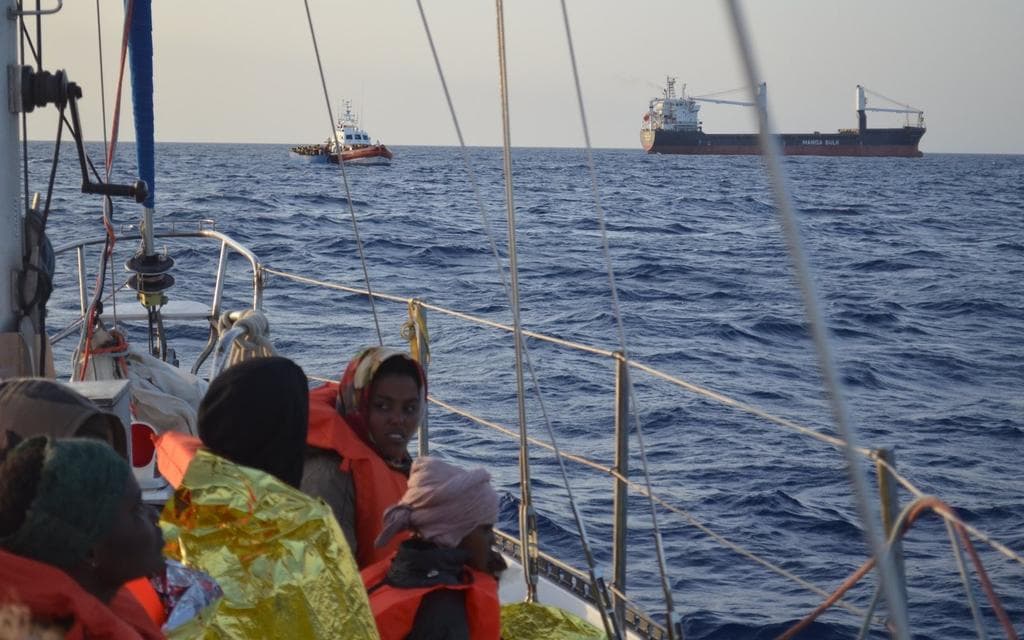 Since 2021, the organization r42 sailtraining sails monitoring and first aid missions in the Central Mediterranean Sea between Sicily and Libya with its schooner Imara. Like other organizations, r42 sailtraining wants to draw attention to the EU's deadly border practice, while providing medical care to people in distress and organizing sea rescues.

Legal assistance for people on the move in northern Greece

Equal Legal Aid (ELA) is a French nonprofit organization providing pro bono legal aid to people on the move in their asylum procedures in and around the area of Thessaloniki, Greece. ELA believes that every individual should be able to take well-informed decisions during their asylum process. This means the right to legal assistance and the right to accurate and up to date information regardless of their social positioning. The Safe Passage Foundation supports the association with funds for labor costs. 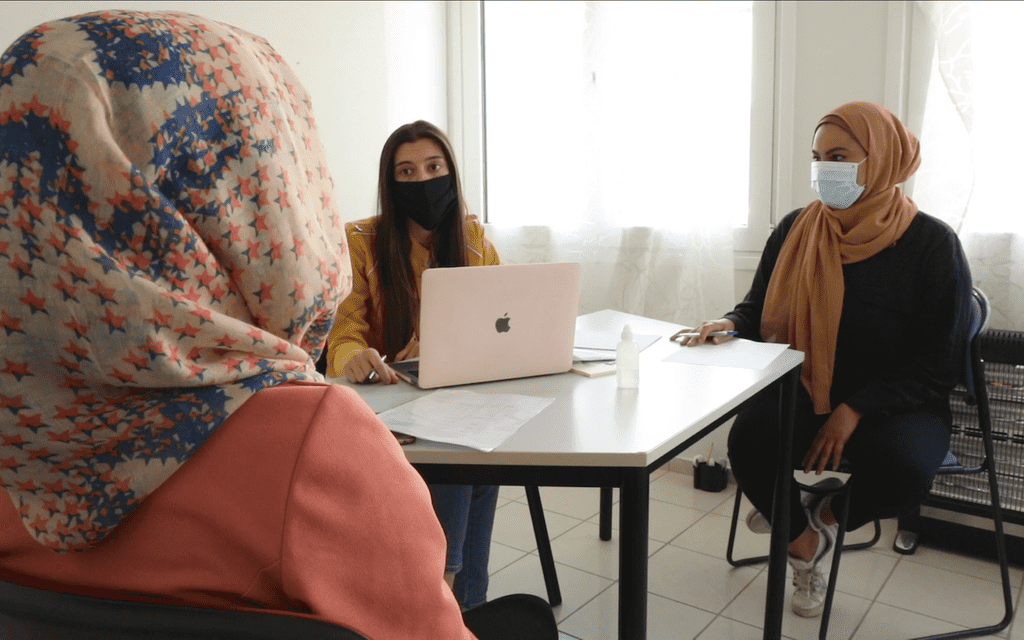 European Lawyers in Lesvos (ELIL) is an NGO that provides free, independent legal assistance to people on the move in Greece. The organization runs projects in Lesvos, Samos and Athens and now plans to open a new office in the northern Greek city of Thessaloniki with the support of the Safe Passage Foundation. The project will increase legal capacity on the mainland and guarantee the ability to coordinate and follow cases between locations. With a growing need for legal assistance, ELIL believes that this is an essential step towards guaranteeing the rights of people on the move.