A new Italien flag rescue mission in the central mediterranean 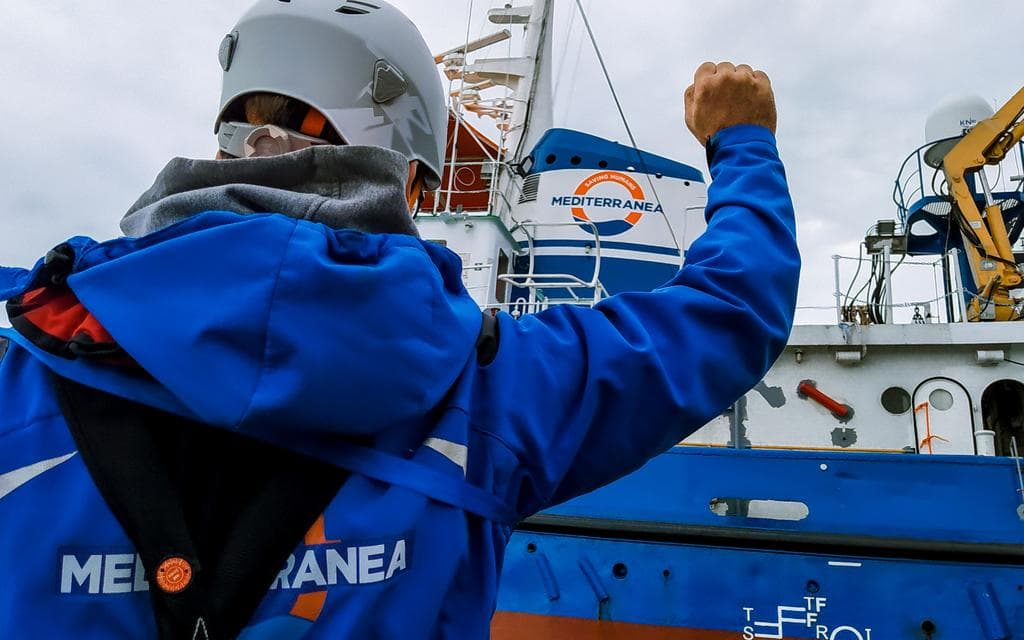 The foundation supports a search and rescue mission of the organization and partially covers the costs of the operation, including the purchase of fuel, additional rescue equipment, medical devices, food supplies, expenses for port services and salaries for the professional maritime crew. 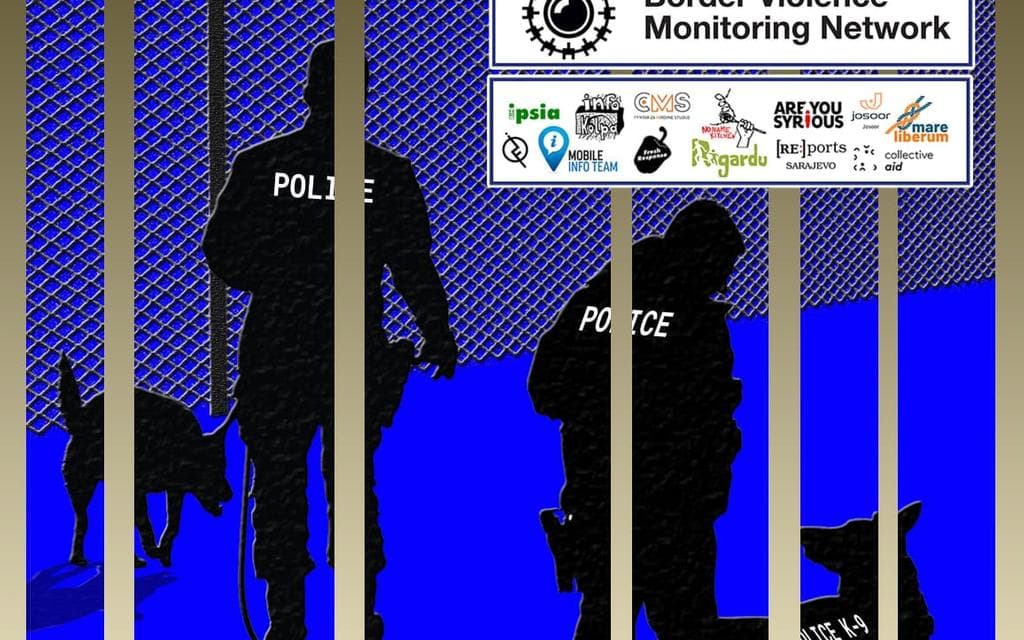 Border Violence Monitoring Network (BVMN) is a horizontal self-organized network of NGOs and associations, which documents and denounces pushbacks, other human rights violations, and broader forms of violence at and within the European borders along the so- called ‘Balkan Route’. Pushbacks have become a recurring practice at the borders, while other violent acts against people on the move proliferate within states’ frontiers. Violence, in the shape of criminalisation, reaches grassroot activists as well. With this project, BVMN aims to tackle this phenomenon of violence, in the attempt to promote safe passage. For this, the Network seeks to consolidate its monitoring activities at the borders, make visible the cases of internal violence, and build an effective joint strategy to address criminalisation.

The community kitchen in Agadez (Niger) 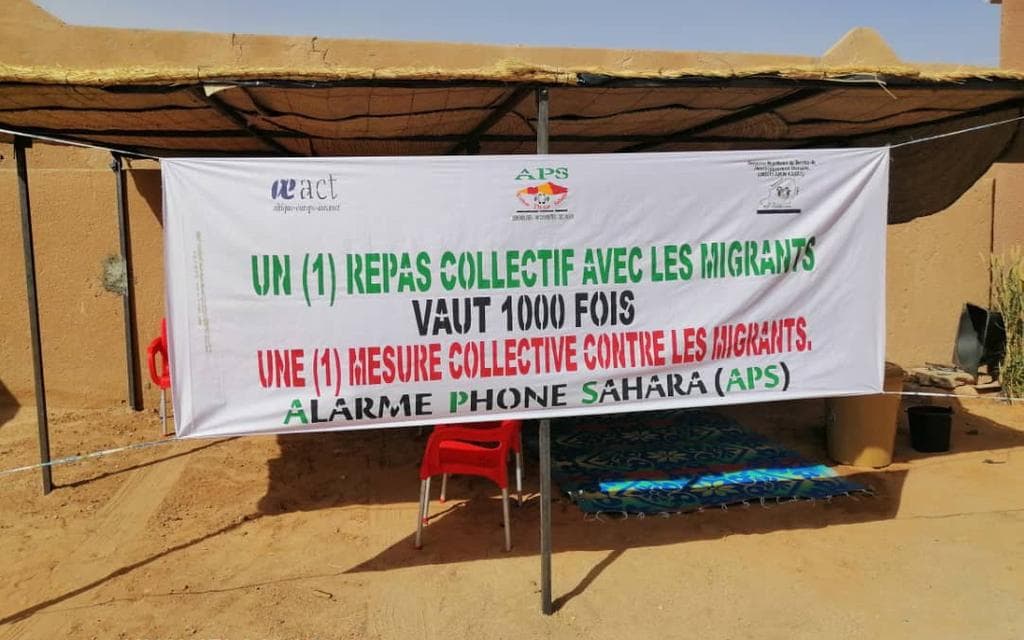 Since July 2020, the team of Alarme Phone Sahara (APS) in Agadez/Niger organizes with great commitment every Saturday a community kitchen. The network APS is a cooperation between associations, groups and individuals in the Sahel-Sahara region and Europe with headquarters and offices in Agadez. The community kitchen is a practical response to a situation in which many migrants and people on the move are stranded in Niger, struggling daily to survive in very precarious conditions. This has been extremely exacerbated by the global corona crisis. The kitchen is an important element for the APS team Agadez to come into exchange with migrants. It also strengthens solidarity within the different communities. 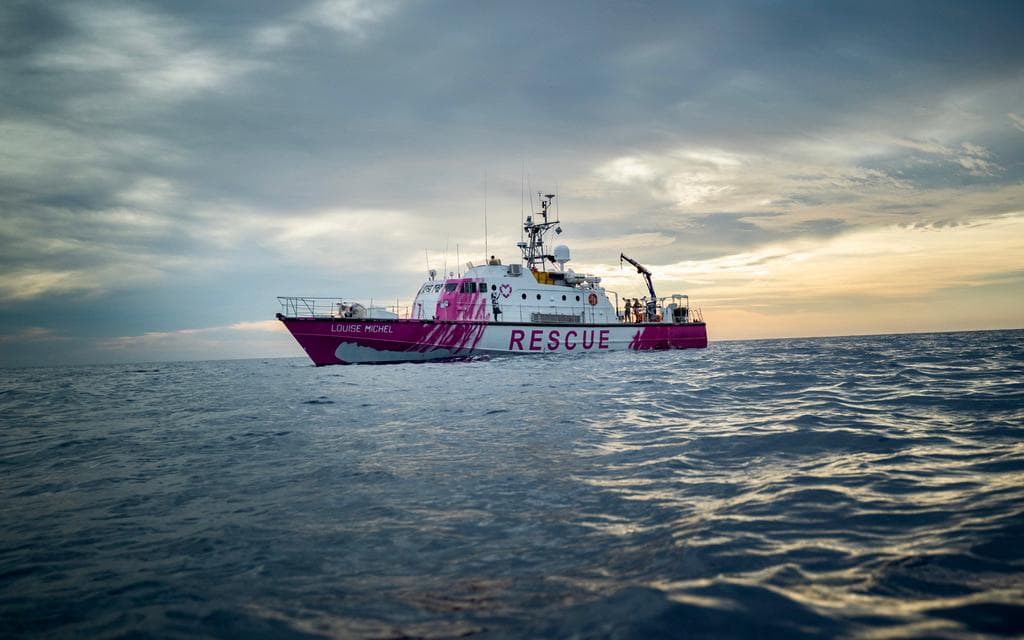 The Louise Michel, named after the French anarcho-feminist, is a civilian rescue ship that sailed its first mission in the central Mediterranean in 2020. The team of experienced activists unites by the conviction that societal conflicts, such as nationalism, racism, patriarchy and capitalism, cannot be thought of and fought separately. On board and ashore, the crew lives and works in a feminist and vegan manner as well as with flat hierarchies.

Yoga and Sport with Refugees

Expansion of Yoga and Sport with Refugees to Athens 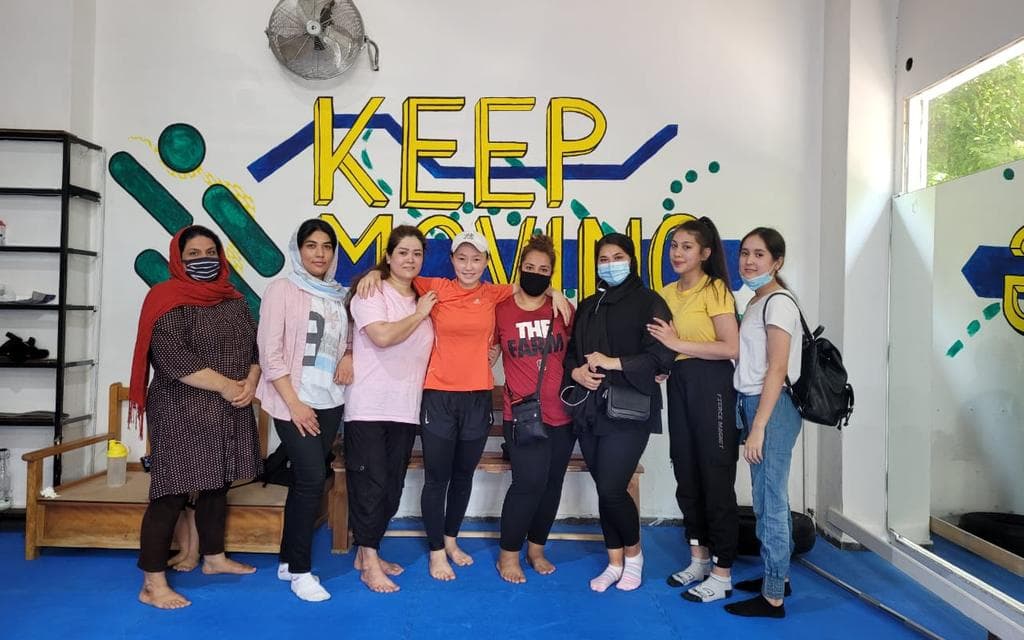 Yoga & Sport for Refugees (YSR) goal is to empower people on the move to believe in themselves, their dreams, and their strength. The organization supports people on the move to build important skills, create a purpose and become part of a strong community. This is done through yoga activities and sport. In September 2020 the team expanded its project to Athens. One of YSR’s fundamental objectives is to get people on the move from being users of sport activities to trainers in charge of their own projects. In Athens, the “on the ground” coordination team also consists of community members with a (forced) migration background.

Building a sustainable movement for solidarity 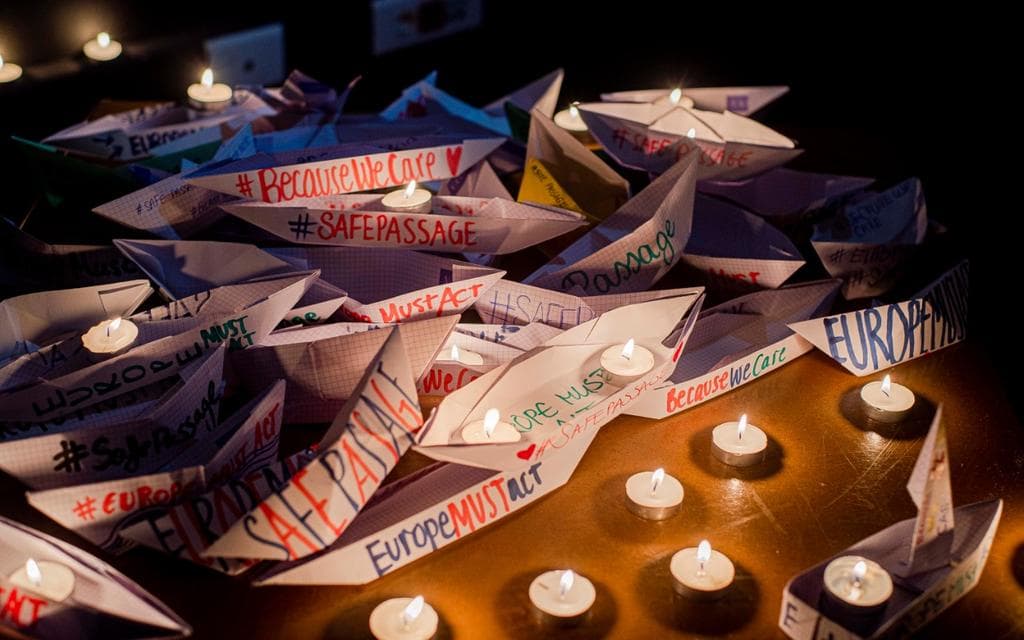 Europe Must Act started in 2020 as a call for radical change from grassroots NGOs working in Greece. The movement is demanding changea on the highest European level. Now, with a network of city chapters stretching all across Europe, researchers and activists on the ground at Europe's borders, they are advocating for safe passage, human rights and an end to prison-like camps for people on the move. With the support of the Safe Passage Foundation, Europe Must Act is able to deepen the impact of their European solidarity network and push even harder for change. 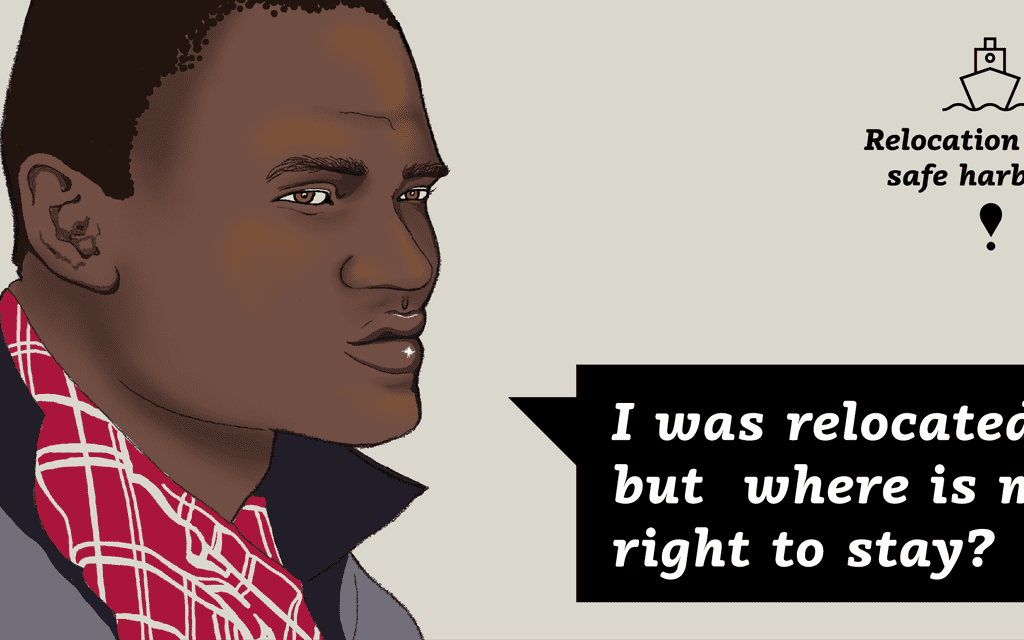 Thanks to the support of the Safe Passage Foundation, borderline-europe is able to build on the already published report: "EU ad hoc relocation - A lottery from the sea to the hotspots and back to unsafety" with the follow-up project to focus on lobbying for a perspective to stay in Germany for the redistributed people, most of whom have to fear deportation. Not only the translation of the report into German, but also the intensified networking with local support groups as well as lobbying with political decision makers play a major role. In addition, comparatively low-threshold monitoring of the relocation processes from Greece after the fire in Camp Moria is to be carried out. Finally, multilingual information about the relocation process to Germany for refugees arriving in Italy will be developed.

Stand by me Lesvos 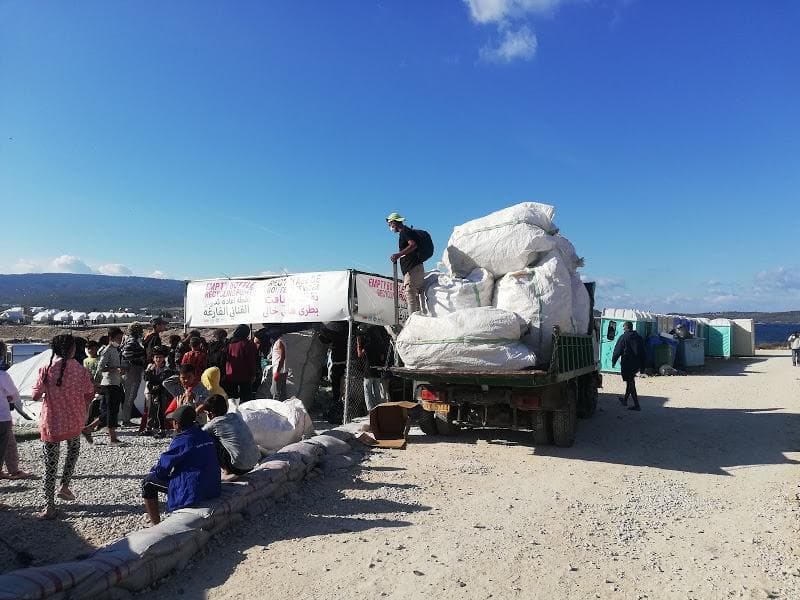 The recycling Project is a collaboration of Stand By Me and Moria Corona Awareness Team (MCAT), a self-organised refugee group in Moria, which implemented a recycle/bottle-exchange system in the camp. It operates upon camp residents to bring their empty bottles received from food-line to one of the MCAT recycling stations, where they in turn can receive a reward, such as food-items or cold water during the summer. Whereas the bottles collected by MCAT are sent for recycling. In 2020, MCAT was collecting 15,000 bottles daily, 6 days a week, resulting in around 2 000 000 bottles to be recycled.

Providing basic needs for people on the move in Bosnia 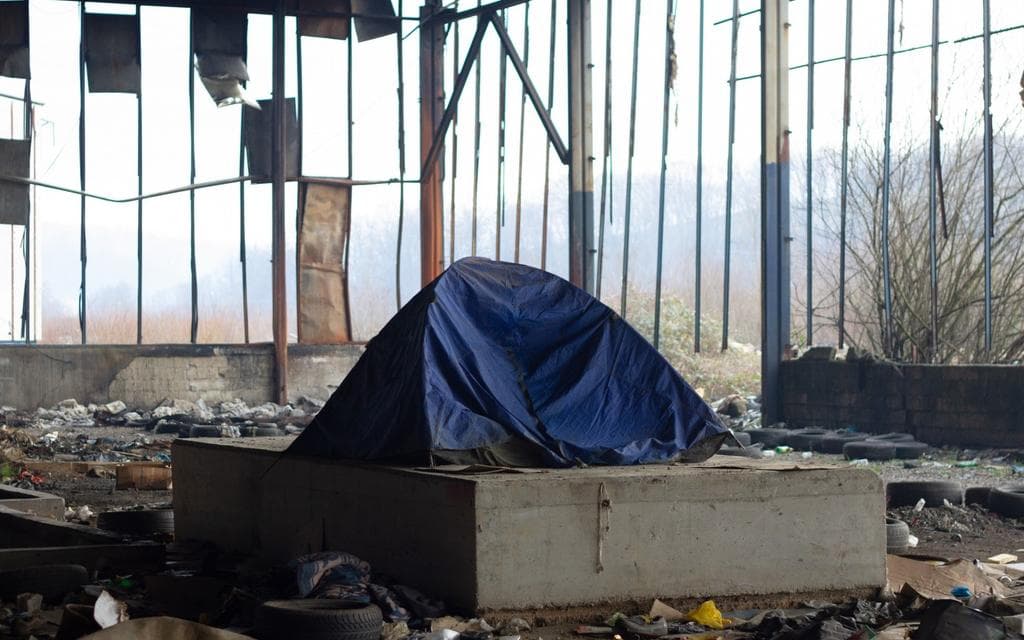 Blindspots supports people on the move with their basic needs and their right to a fair asylum procedure. The focus lies on the border region between Bosnia and Croatia, where thousands of people are trying to reach the EU. The precarious situation has led to people on the move being housed in decentralized structures outside of overcrowded camps. Blindspots provides food, wood and upcycled stoves for cooking and warming in the immediate vicinity of the border and implements projects for waste disposal, drinking water supply and wash structures in the squats. 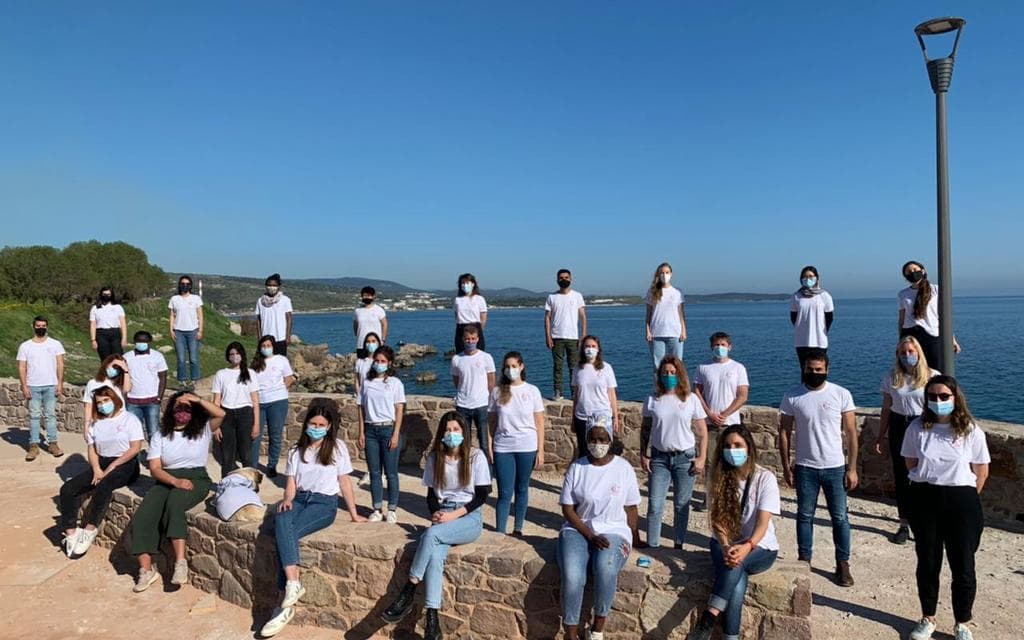 The organization Fenix advocates for a just European asylum system that treats people with dignity, upholds their rights, and provides them with the needed knowledge to take control of their lives and futures. The project offers comprehensive, multidisciplinary and participatory support. The holistic approach includes legal, protection, and psycho-social health services for survivors of severe violence, people with medical needs and disabilities, and unaccompanied children and youth.